A series of workshops, networking opportunities, and highlighting our students and alumni who have businesses of their own (of any size).

Kickoff Event:
Behind the Scenes of Entrepreneurship

Monday 11:20 am – 12:30 pm
with Robert DiStanislao
Owner and President
RDS Enterprises
Porsche of the Main Line

This program will review the basic elements needed to start your new venture. What you need to know BEFORE you open your doors to customers. Receive information about registrations, licenses, business structures and business plan development.

Thinking Outside the Box: Entrepreneurial Mindset

Friday 11:25 am – 12:20 pm
Workshop 2: Think Like an Entrepreneur: How to Fail Forward with Barbara Bryant and Crystal Lewis, I Say Yes Salon & Spa 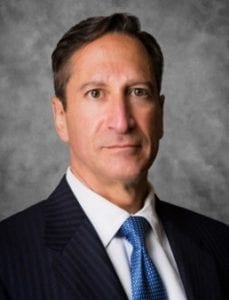 Robert DiStanislao is owner and president of RDS Enterprises, which he founded in 2007. RDS Enterprises currently owns and operates stores for seven of the most exclusive automotive brands in the world: Porsche, McLaren, Maserati, Lamborghini, Koenigsegg, Bugatti and Alfa Romeo. The retail centers operate in Pennsylvania, California and Connecticut.

Under his leadership, Porsche of The Main Line has grown from a small boutique store to become one of the top-performing Porsche Premier dealerships in the United States. Mr. DiStanislao was appointed to the Porsche Cars North American Board of Regents in 2010. McLaren Philadelphia was named Dealer of The Year 2013, 2015, 2016, 2017 and 2019 by McLaren North America.

Mr. DiStanislao is active as a volunteer in the community, serving as a guest lecturer at both the Rutgers University and Penn State University Schools of Business. His significant efforts on behalf of his alma mater, Camden Catholic High School, led to his induction into their Hall of Fame in 2012. He was also the school’s Chairman of the Board of Trustees from 2015-2017. From 2014-2017 he served on the Board of the Kennedy Health System. In 2017, he was appointed to the Jefferson Health Board of Trustees where he remains as a member today.

Mr. DiStanislao earned a BA from Rutgers University in 1983, graduated from the NADA Dealer Academy in 1999, and earned an MBA in 2013 from Cornell University’s Johnson School of Business. He presently resides in Haddonfield, NJ. 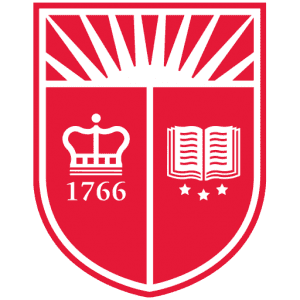 Bob has over eighteen years’ experience in small business counseling and training and has been the Director of the Small Business Development Center at the Rutgers School of Business-Camden over the past six years. He provides community outreach, counseling to small business owners and overseeing training programs. He has a diverse background having worked in service, manufacturing and distribution sectors including small businesses and large corporations. His education and expertise, spanning forty-six years are in the areas of accounting, operations and business management. As an entrepreneur Bob owned his own video production company for over ten years. Bob holds a BS in Accounting from Rutgers Camden and an MBA from Philadelphia University. 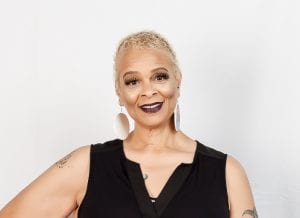 Valerie Stancill is the founder of Purposed For Wellness LLC, a holistic wellness center committed to empowering, equipping and inspiring woman to take back control of their lives. She is a licensed massage therapist, certified holistic wellness coach, Health & Wellness and Domestic Violence Advocate, Yoni practitioner, Reiki practitioner, Etheric Touch practitioner, international best-selling author, inspirational speaker, and founder of Authentic YOU Movement (group to empower women).
She lives and operates with this principle - my purpose is your wellness… 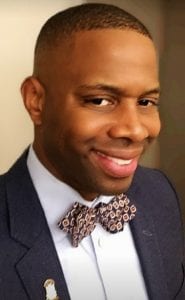 Rafiq Baker leads Wells Fargo’s General Ledger and Controls team with sites in Philadelphia and Colorado. Prior to joining the firm, he enjoyed a 17-year career working at tier-one financial services firms including Morgan Stanley, J.P. Morgan and Credit Suisse.
Mr. Baker understands the importance of civic duty and contributes to his local community in several respects. He is the treasurer of the Kappa Upsilon Sigma Chapter of Phi Beta Sigma. In 2016, he chartered a Political Action Committee “People First”, which offers monetary support to political candidates who reflect the diverse pallet of this great country across political affiliations, religion, and gender in New Jersey. He has recorded hundreds of pro bono hours consulting with entities in varying stages of their business cycle. Mr. Baker currently sits on the executive board of the National Black MBA Association, Inc. - Philadelphia Chapter and is the sole owner of Belvedere Cigar Lounge [belvederelounge.net] Lawnside, NJ.
He holds a Bachelor of Science in accounting from Morgan State University, and masters of business administration from Rutgers University.
Rafiq was born in Brooklyn, New York, and currently resides in Voorhees, NJ with his two daughters and wife Dr. Jenice Baker, MD. He is an avid endurance runner and has completed four marathons with aspirations of running 50 marathons in 50 states. 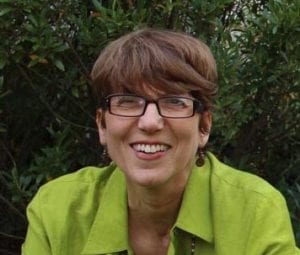 Orly Zeewy has more than 30 years of experience in design, marketing communication and brand strategy. In addition to her consulting work, Orly is a public speaker and educator. Most recently, she led virtual and live workshops for Creative Mornings Global, REV Ithaca, Startup Leaders Philadelphia and Venture Café at the Science Center in Philadelphia. Orly has lectured at Wharton and taught in The Close School of Entrepreneurship at Drexel University, the Fox School of Business & Management at Temple University and the University of Pennsylvania. She currently teaches at Jefferson University.
Orly is a guest blogger for The Marketing Journal and has written for SpeakersBase, the Comcast Business Community and Small Business Trends. In 2017, Orly was featured in the Business Section of the Philadelphia Inquirer. Her book: Ready. Launch. Brand: The Lean Marketing Guide for Startups will be published by Taylor Francis in March 2021.
Orly holds an MBA from Jefferson University, and is a graduate of the Cincinnati College of Design, Architecture and Art, one of the most prestigious design programs in the U.S.
Orly grew up in Lausanne, Switzerland and is bilingual in French and English.

It’s a Noisy World. STAND OUT. 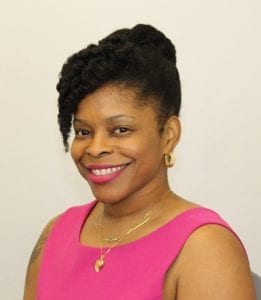 Jamila Powell is the Program Manager for LAEDA’s Women’s Business Center. During this time, she has assisted emerging and existing entrepreneurs in business startup and/ or development through training and counseling. Before this role, Powell was Community Outreach Coordinator for a small business, where she developed marketing plans and established professional relationships to build the company clientele and brand. Powell holds a master’s degree in Business Administration from Rutgers University where she graduated cum laude and is a member of Mu Kappa Tau Honor Society. She also holds a bachelor’s degree from Montclair State University where she double majored in Human Ecology & Business Administration. In her spare time, she is an active member and Membership Committee Chair for the Southern New Jersey chapter of the National Coalition of 100 Black Women, Inc. (NCBW) which advocates on behalf of Black women and girls. She also volunteers monthly at the Saint Wilfrid’s Episcopal Church health clinic which provides clothing, food, health, and social services to the East Camden community. 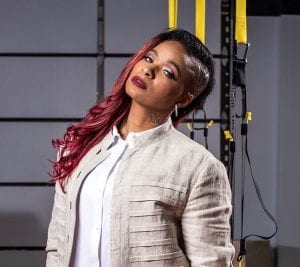 “Hard Work No Excuses” has been a driving motto in Richards life from a young age as she grew up in the inner city of North Philadelphia and was raised by a single mother of 6 children, Diva found her safe haven and discipline in the world of dance and fitness. This world instilled self-confidence and a “can do” mentality within and pushed her through Temple University where she graduated in 2002 with a BFA in Dance.

Richards is highly regarded not only within the fitness community nationally with her vast certifications in the industry but as a highly accomplished female business leader who has built a multi-million dollar empire ranging from a full service production company to a state of the art fitness facility along with her recently launched Do Work Method Program. In her Do Work Method Program, Diva brings to her followers and clients motivational and strategic life coaching skills to help those looking to evolve in every aspect of their life to succeed.

By growing up in an underserved community, Diva has made one of her lifelong goals to be in philanthropy by continually giving back to those in need and dedicating her time and resources to: Camden County Animal Shelter, Human
Rights Campaign and the American Cancer Society.

When Diva is not motivating a client to strive for greatness or swinging kettlebells, you can catch her in Vegas or Puerto Rico, reading 48 Laws of Power or watching Cartoon Network while snacking on some brownies (probably protein brownies).

This form is set to automatically delete an entry 180 days after it has been submitted.

After notified of a match, students are responsible for providing personal information to the matched executive (e.g., current resume and cover letter with information on career ambitions). The information on this application is for internal use only, for us to match you as well as possible with and executive from among our alumni database.

The Spring 2023 Application is now open!

Priority will be given to applications received by November 18. Applications are accepted until all seats are filled. Space is limited, so apply early!

The seminar application process is our gateway for entry into the program. Upon acceptance into BLDP, students will be emailed their acceptance letter plus a special permission number allowing registration for the BLDP seminar.

Seminar applications are solicited each semester and require the following:

Rutgers-Camden students are invited to apply to apply for enrollment in the BLDP seminar. All applicants are expected to meet both of the following selection criteria:  (1) have sophomore standing or above and (2) have an overall GPA of 3.0 or above. First-semester transfer students will be evaluated based on their GPA earned at Rutgers. Students who fail to meet these admission criteria may still be allowed to apply for (and possibly enroll in) the BLDP seminar, but they will be evaluated on a case-by-case basis.

The director balances evaluations to make final decisions on people accepted for the seminar (up to a maximum of 15-20 each semester).

Students who are admitted to the BDLP are required to adopt the BLDP Code of Conduct. A signed contract is required from each student.

Students may count activities toward “leadership units” that were initiated prior to taking a seminar, as long as those activities occured primarily during their enrollment in their academic program.

Application for Admission to BLDP Seminar

Applications for the BLDP Seminar will be ongoing until class is filled.

This form is set to automatically delete an entry 180 days after it has been submitted.